“More spectacle than a traditional two-person band,” Krekel and Whoa hails from Asheville, NC, on Cherokee land. Musical conspirators since 2004, Jason Krekel (guitar, fiddle, drums, vocals) and Ami Whoa (keyboard, guitar, vocals) have traveled the continent and beyond sharing their infectious tunes. An adaptable duo, their show can be folk-y and acoustic, or rockin’ and electric with Krekel playing drums with his feet while still shredding the strings. This versatility means you might hear them saw through vintage fiddle tunes, weave original yarns, or pound out esoteric rock-n-roll beaters. One moment they’ll touch your heart, and the next they’ll get you dancing. Whether unplugged or cranked up, every Krekel and Whoa performance is full of heart, harmonies, and happiness.

“Percolating sounds of 1950s roots rock, mountain music, and blues through an interesting array of instrumentations…[creating] a rather sly sound rich with an energetic curiosity and a deviously fun flavor.” – Escape Magazine

“A danceable, campy, shredded-up mix of just about every kind of American music you can think of…and they belt out their sweet but biting lyrics with passion and abandon.” – Creative Alliance Baltimore

“The duo from Asheville plays rockabilly, early punk, and 1960s rock and roll (among others) with a Buddy Holly swagger and the authenticity of 1930s street performers.” – PopMatters

With a prolific musical history, Jason and Ami have released four full-length albums and two 45 records under a previous band name, Mad Tea Party, as well as a few singles and an EP, Warm Up Bones, which came out in 2018. They have played countless venues and festivals, and shared the stage with bands such as Southern Culture on the Skids, Donna the Buffalo, and the Avett Brothers. Click here to read a more detailed band backstory.

and a more rockin’ one (under a previous band name)… 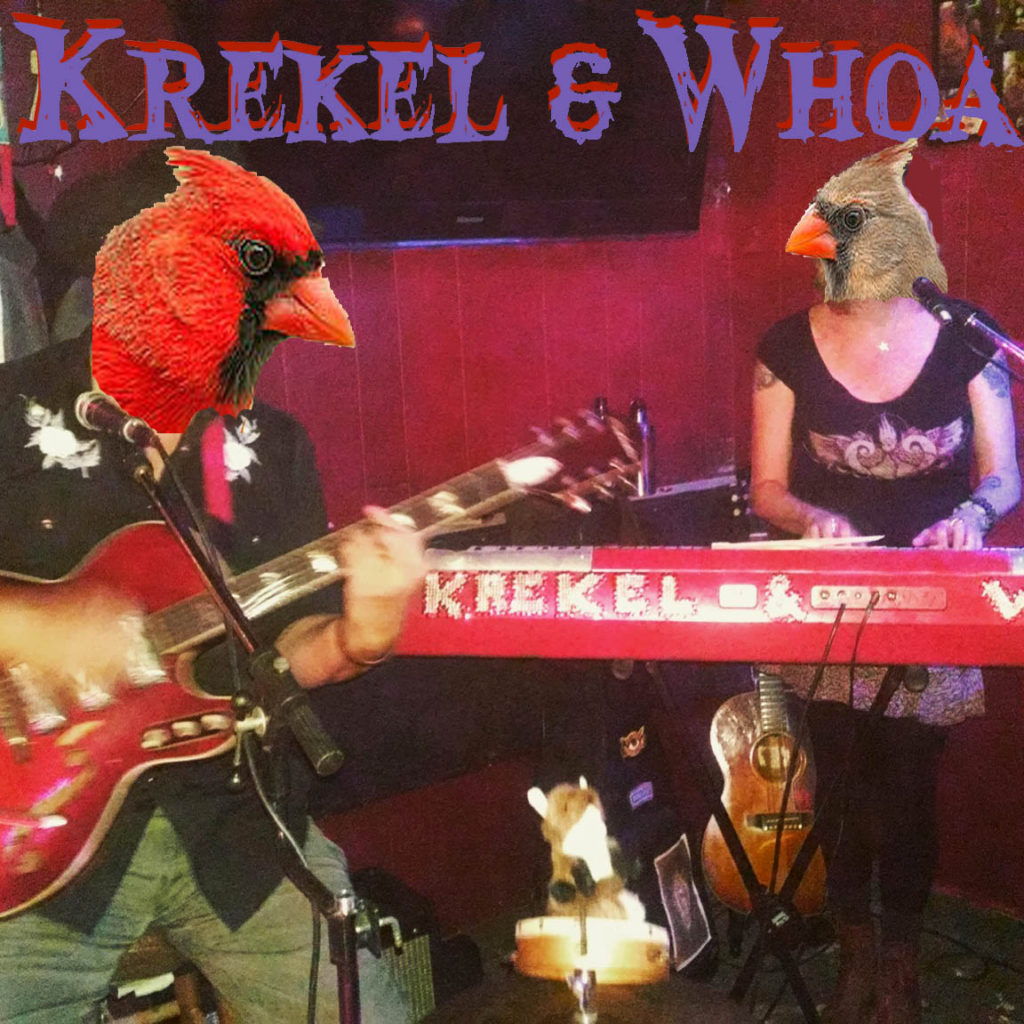