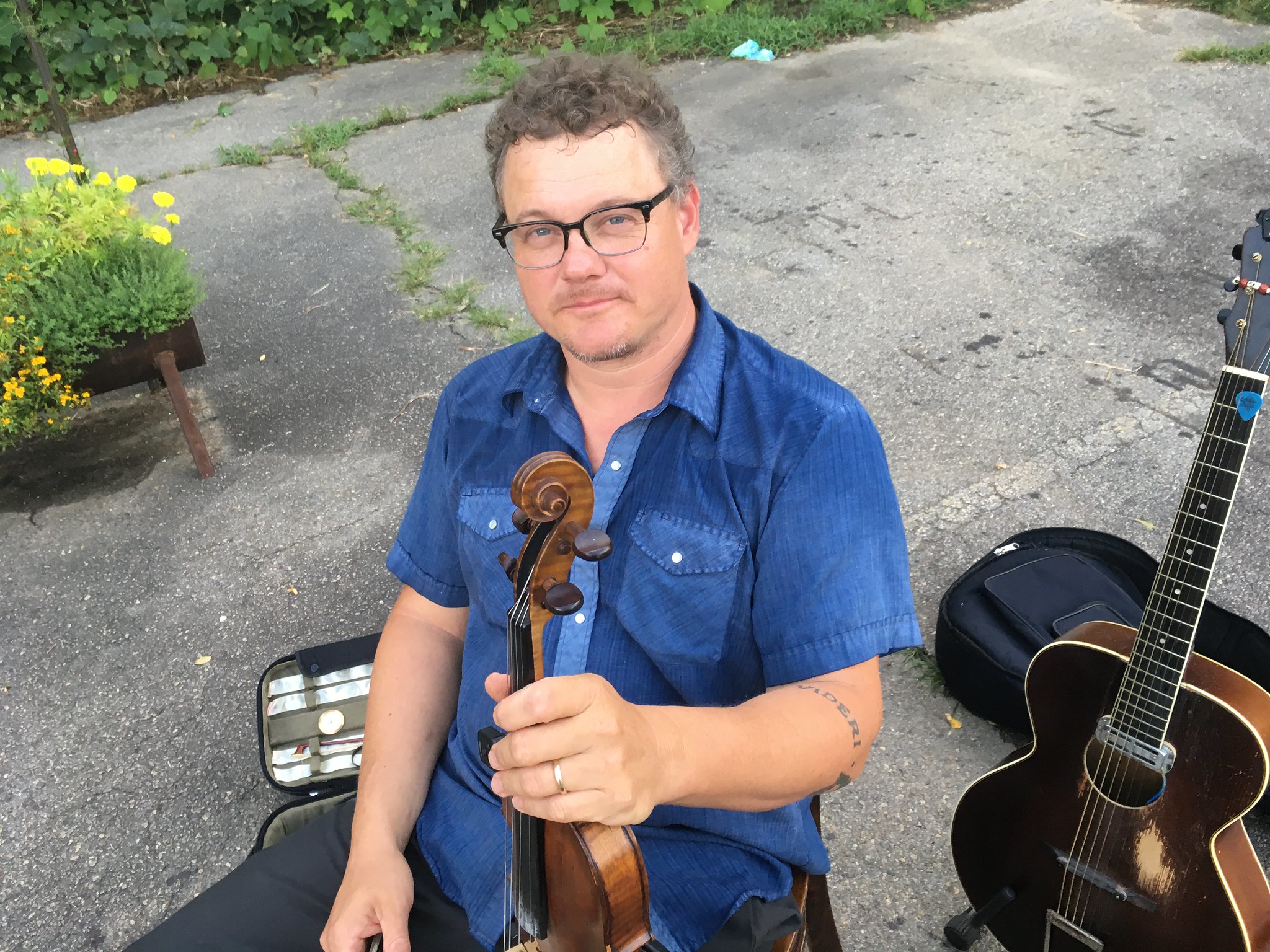 Multi-instrumentalist Jason Krekel started playing music in earnest in the early 1990s. He’d just moved to Boone, N.C., for college and quickly found himself immersed in an education of guitar and mandolin, bluegrass and old-time, and playing gigs with multiple bands.

But Krekel wasn’t new to the music scene. He’d been surrounded by it his whole life, attending Jimmy Buffet concerts as a baby when his father — musician and songwriter Tim Krekel — was lead guitarist for Buffet’s band. “I was privy to the whole songwriter, studio, publishing scene in Nashville,” Krekel says.

His father gave him a guitar when he was 14, but didn’t pressure him to play. Krekel started taking lessons with his longtime friend and collaborator Jay Sanders. The two played their first gig together, at their high school, in the 11th grade. Later, around 1995, Krekel and Sanders both joined Snake Oil Medicine Show, led by George, Caroline, and Andy Pond. Snake Oil’s eponymus 1997 album was the first recording on which Krekel appeared.

Krekel played a weekly show in Boone with the Pond brothers’ side project CX-1 Blackhole Bluegrass Boys, which helped him develop his chops. Between 1998 and 2000, he toured with flat-picking guitarist and singer-songwriter Larry Keel. That band also recorded an album during Krekel’s tenure.

When he wasn’t on the road, Krekel was in the process of establishing himself in Asheville. By ‘98 he’d begun a romantic and creative partnership with singer-songwriter Ami Worthen. The two formed the alt-folk outfit Mad Tea Party, later known as Krekel and Whoa.

Around the same time, Krekel launched The Sufi Brothers with Aaron “Woody” Wood, who Krekel had first met in Boone. Wood was a member of revivalist boogie-woogie collective The Blue Rags, who Krekel sometimes sat in with. It was on a road trip to Key West in ’95 that Krekel and Wood crystalized what would become a decades-long alliance.

Sanders, who had been touring with Acoustic Syndicate, also reconnected with Krekel in the late ’90s and the two formed A.V.A.S (Acoustic Vibration Appreciation Society), which included Andy Pond and other musicians. “In my mid-20s, I was surviving on music, living for the gigs,” Krekel remembers.

Tim Krekel had been hands-off when it came to his son’s music playing until Jason decided to take it seriously. “Then he started to open up to me about it, and we started playing music together, too.” The father and son had many musical interactions prior to Tim’s death in 2009: Krekel is on two of his father’s records, the two co-wrote a song on Tim’s last record, and around 2000 the Krekels recorded an album together with famed Kennedy impersonator Vaughn Meader at Collapseable Studios.

“I was recording all kinds of stuff there,” Krekel says of Collapseable, a beloved, though now shuttered, studio frequented by many Asheville artists. “Everybody was on everybody’s stuff.”

During that same period, 2004 -’11, Krekel and Worthen were traveling and performing together as Mad Tea (Krekel’s third wave of touring) and, in 2004, Krekel also joined Asheville-based collective Firecracker Jazz Band.

In that collaboration-rich era, Krekel started The Screaming J’s and The Krektones, recorded four-track songs for comedy tour company LaZoom, and joined forces with Seattle-based guitar legend Baby Gramps, which led to an appearance on the “Late Show with David Letterman.”

In 2016, Krekel’s focus shifted from logging miles with touring groups to making a living as a local musician. Asheville’s growing array of listening rooms and stages made that possible. So did the addition of visual art to Krekel’s creative output.

Always a maker in some sense, Krekel was motivated to return to visual art when, between 2008 and ’11, he and Worthen got involved in the Alabama and Georgia outsider folk art scene. “We played a couple of folk art festivals and, being a kind of strange alternative band, we fit in well,” Krekel remembers. That scene also inspired him visually, leading him craft the linocut prints, paintings and toy re-creations he’s known for.

These days, Krekel still performs with Snake Oil Medicine Show twice a year and nurtures his other long term musical partnerships, such as with The Krektones. Krekel and Whoa released an EP in 2020. Firecracker Jazz Band still reigns as one of Asheville’s favorite dance outfits. Krekel’s three-decade career has amassed a vast repertoire of recordings, styles, and sounds, from roots and garage rock to jazz and bluegrass. (The latter even came together in the 2004 BlueBrass Project, which paired Asheville roots musicians including Krekel with New Orleans-based jazz and brass players for a unique mashup.)

“Everything I’ve done in my musical life has informed how I play now,” Krekel says. And there’s more to come: “I’m still excited about music.”

Click here for a shortened version of this bio.